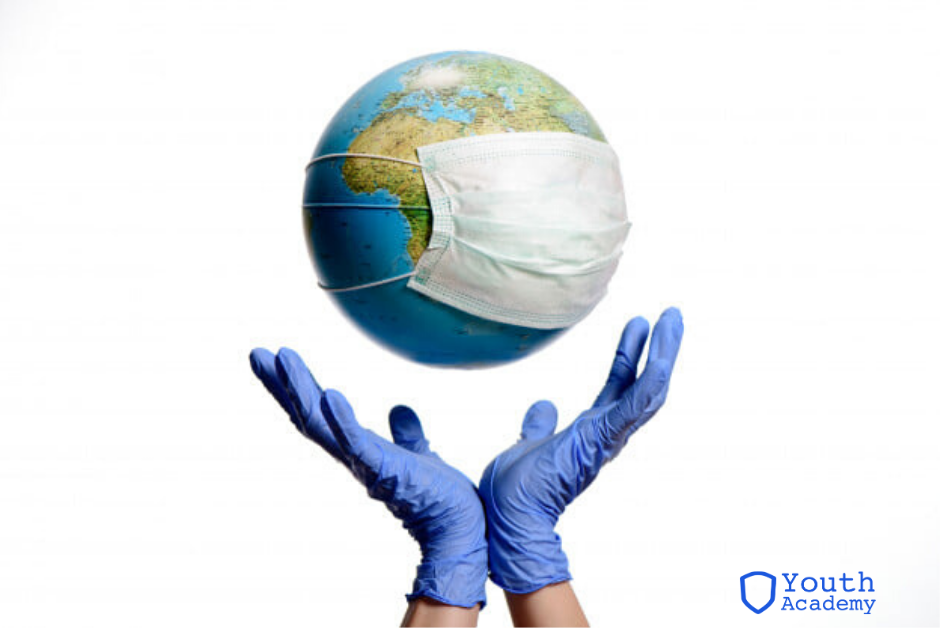 We now live in a world where everyday people are dying or in the least getting infected from a virus that can’t even be seen. Around the world, the impact of this unseeable virus can be felt and witnessed in a multitude of ways all of which are bad. People all around the world are now experiencing a situation that hasn’t been seen since a hundred years ago. It’s been about three or more generations ago that the world last experienced something similar and of this magnitude. The people are scrambling to find a foothold in this new and for many a never before seen situation. Throughout human history on this planet, the world has produced multiple pandemics of various contagiousness to battle the rising population according to multiple sources. Therefore to understand more about our current situation we need to look to the past and see the damages that were done and the way our ancestors reacted.

As stated above there have been multiple pandemics of varying levels of destruction and death throughout human history. The oldest one recorded in the history pages was in 430BC in Athens. It occurred during the Peloponnesian War, the Spartans were laying siege to the Athenians, and the pandemic in question may have been typhoid fever. This fever killed approximately two-third of the Athenian population and allowed the Spartans to become victorious.

Over the next few centuries, more and more pandemic happened and each of them resulted in the deaths of hundreds of thousands. The primary reason behind a large number of deaths was mainly due to the lack of experience and knowledge people of that time had when it came to medicine and healthcare.

When the topic of a pandemic is present the first one to come mind for everyone present at the moment will always be The Black Death of 1350. It was the second-largest outbreak of bubonic plague and responsible for the death of one-third of the world’s population. It may have started in Asia and spread throughout Europe. The damage it had done was so massive that the war between England and France had to halt. The Vikings lost so many of their own that their exploration of North America was stopped. Finally, the British Feudal System came to an end due to the death toll and economic collapse.

Due to the Covid-19 virus, many specialists in the study of the pandemic have made a discovery. The discovery is that since the 18th century there has been a new pandemic outbreak every hundred years or so. In 1720 it was the deadly pandemic of bubonic plague. It was said to have started in Marseille, France, and was later called “The Great Plague of Marseille.” The researchers estimated the number of deaths as 100,000. Then in 1820 it was the first cholera pandemic, said to have begun somewhere in Asia. Among the affected countries, we can list Indonesia, Thailand, and the Philippines. And this pandemic has killed about the same number of people as the 1720 plague. About 100,000 officially registered deaths however that real number of death is still unknown but it can be estimated to be much higher than 100,000. The next big pandemic needs no need to be explained since it is so infamous, to begin with. In the year 1918, the world as a whole got to experience the avian-borne flu also knowns as the Spanish flu. It single-handedly infected about half a billion people and killed about 100 million. The Spanish flu holds the official record for the deadliest pandemic officially recorded in history. It started in Europe, then the United States after that parts of Asia before swiftly spreading around the world. What made the whole experience was that even in the 20th century no drug was created to combat it. Then in the summer of 1919, the killer flu strain disappeared when most of the infected had either developed immunities or just simply died. And now in 2020, we are again facing a pandemic that has till now infected more than 9.5 million with an official death toll just shy of half a million. The virus first came to knowledge in china and within three months spread across the world. In March of 2020 WHO officially announced that Covid-19 is a pandemic. As of the date of this article’s publication, no vaccine has been created.

For more information please go to the following sites:

For live updates on Covid-19 please check out:

In the past, each of the pandemics regardless of their point of origin were taken as a sign of God and as a method of punishment delivered by him. Pandemics that occurred during the early first century were truly devasting in the sense that people were scarred mentally for the remainder of their lives. Nothing like these plagues was ever seen and recorded before then so the ones that survived were traumatized severely. The idea that plagues were a method used by God to punish us remained as a fact into the 14th century. During this time the Black Death was spreading and the requirement for priests was in high demand. Due to the rising death toll and the severity of their suffering, everyone demanded they have their last rights read to them before they died to receive forgiveness from God. Therefore the need for priests was high as they died more frequently than even doctors and nurses.

As time went by and more advancements were made in the medical and biological field people waned from the belief that pandemics were the work of God. So instead of looking for more priests, the people looked for scientists to devise a way to survive the plagues. During the Spanish Flu of 1918 quarantine zones were created and tests were performed on the infected to root out the cause of the virus and devise cures. If a cure was not possible then at least a method to stop the spread and delay the symptoms needed to be found.

To know more about human reaction to plagues and pandemics read:

In conclusion, whether it is God’s way of punishing us or the Earth trying to reduce our numbers pandemics are not a force to be reckoned with. They can come from anywhere and leave anytime but never will you find them leave without taking lives. These are a form of disaster that isn’t meant to be taken shelter from instead you are meant to accept it and hope to devise a method in which the damage is done can be reversed, find a cure, or delayed, stop the symptoms from strengthening. In this regard, humanity has done a lot and their results show. In comparison to the damage done in the past by the pandemics, the death toll and the number of people infected has steadily been declining. It might not be as large in number as some hoped but the amount is not insignificant either. So hope is still present while we are in the middle of the newest pandemic in terms of a cure or a delay mechanism either in drug or a treatment form.

To learn what WHO does to prevent pandemic visit: